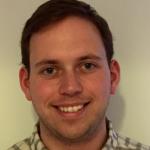 This project, co-funded by GSI and EPA, will result in high-resolution gridded hydro-climate datasets for Ireland.

The overall aims for this project are to produce ‘definitive’ gridded datasets of hydro-climate variables including reference and actual evapotranspiration, along with soil moisture deficits and the Standardized Precipitation Index (SPI) for Ireland for the period 1981-2016, over daily, monthly, seasonal and yearly time steps. The need for hydro-climatic variables is a pre-requisite for both hydrological and ecological assessments, and variable like these  are crucial for ensuring water sustainability, agronomic management, and the management of flood and drought risks. The production of these datasets has been achieved by comparing the output of three downscaled ERAInterim climate simulations:

These outputs have been compared with measurements recorded at synoptic stations across Ireland in order to quantify the uncertainties of individual climate fields. A comprehensive statistical analysis has been undertaken in order to validate the datasets and assign error estimates to the climate fields. The climate data, together with the uncertainty estimates, have been made publicly available so that researchers, policy makers, Irish industry and the general public can utilise the datasets.

All datasets made available for download are available through ICHEC's ERDDAP server, which can be found at https://erddap.ichec.ie/erddap/files/EPA_Hydroclimate

Key stakeholders have been consulted with in order to produce the data required to facilitate an update of the ‘Agroclimatic Atlas of Ireland’, and in addition on the implementation of the resulting methods in order to enhance the operational weather forecast products.

It has been shown during this study that MÉRA is the best performer of all three models and variables and is recommended by the project team to be used as the indicative datasets for Ireland for the hydro-climate variables. Figure 1 shows the annual average reference evapotranspiration across Ireland for all three models. MÉRA covers the period 1981-2016, whereas COSMO-CLM and WRF cover 1981-2017.

High resolution datasets of climatologically important variables such as evapotranspiration and soil moisture deficits are measured at a limited number of weather stations across Ireland, and the current lack of such datasets represents a serious knowledge gap in Irish hydrological and agro-climatic modelling. These high-resolution datasets will lead to a better understanding, not only of the physical climate system, but also of the interaction of climate and Irish society. The datasets produced will allow for an assessment of the impact of resolution, data assimilation, and NWP model choice on simulation accuracy. In addition, it is envisaged the datasets will be used as a basis for more-focused hydro-climate impact studies.