The Copernicus satellite program, operated by the European Space Agency (ESA) comprises several satellites that routinely monitor land, atmosphere and ocean. The Sentinel-1 Synthetic Aperture Radar (SAR) satellite mission carries radar sensors capable of observing the earth regardless of weather conditions. As such, it provides vital information during the heavy rain and cloudy conditions which are associated with flood events. However, clouds severely impact optical sensors, which cannot provide imagery of satisfactory quality in these conditions.

From Sentinel-1, we get high resolution (around 10 m) images of the earth every few days over a 250km wide strip. Radar is an active sensor, emitting pulses of microwave radiation and measuring the reflected backscatter signals. The radar thus measures the texture and roughness of the surface. Calm water bodies reflect the pulses away from the sensor, so they appear dark on the image.

“With the help of Sentinel-1, moisture can be monitored around the catchment area and this can help in forecasting floods when integrated with hydrological information such as groundwater levels and stream flow. In areas where vegetation and peatlands are predominant, like Clifden in the map below, regional as well as seasonal moisture trends can be monitored over time”, said Dr. Sita Karki who works as EO scientist at ICHEC.

The satellite gives us a regional view, covering wide areas, whereas traditional sensors only measure at one point over time. This ability to monitor large areas is extremely valuable and can be used to map flooded areas, such as the Clifden area from early September. The maps below show the surface of the water on 1st and 2nd of September and also the one on 29th of August as detected by Sentinel-1. 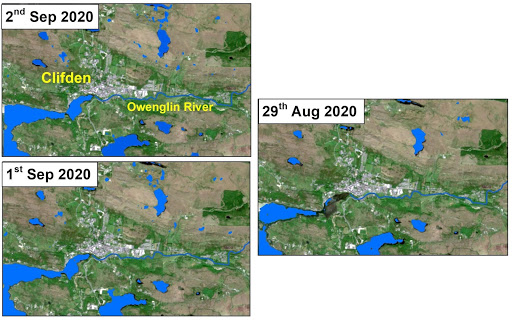 The map belows shows the average soil moisture from early summer of 2020. High moisture levels are seen north of Clifden where there is a lot of vegetation. Figure below shows the snapshots of the moisture level in early summer, just before the flood event and just after. The impact of the heavy rainfall on the soil moisture over the whole area is clear, particularly in the Owenglin catchment area. 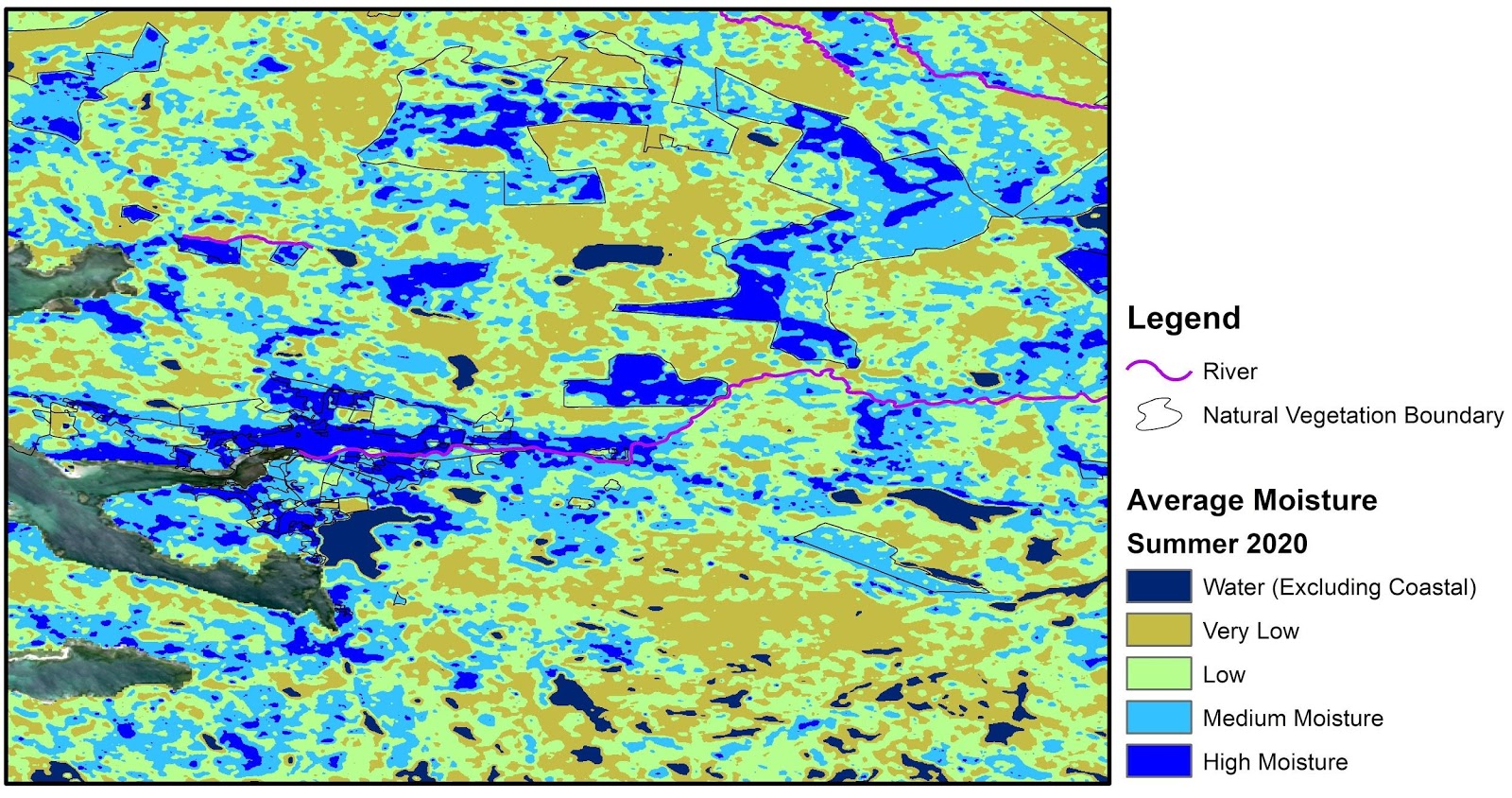 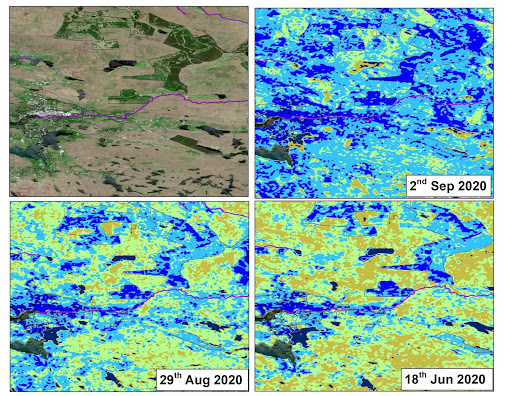 Seasonal time series analysis can show the fluctuation of groundwater and its correlation with the local rainfall. This helps to determine the response time between a rise in groundwater and an increase in stream flow and can help in developing flood forecasting models for the catchment. This type of regional study is important to understand the behavior of local catchment and to predict the behaviour of small rivers like Owenglin.

With the increase in the frequency of extreme rainfall events due to climate change in Ireland, it is necessary to study regional hydrology as a part of preparedness towards climate change, Dr Karki said.

The weather event in Clifden was unexpected, locals noted that there was no rainfall warning in place, the rainfall was very localized, both spatially and temporally, the peak of the rainfall and flooding was in approximately 3 hours. Such localized heavy showers are difficult to capture in our weather models however adding ground-water observations from SAR can help give a better understanding of conditions for flood forecasting, Alastair McKinstry, Environmental Programme Manager at the centre added.