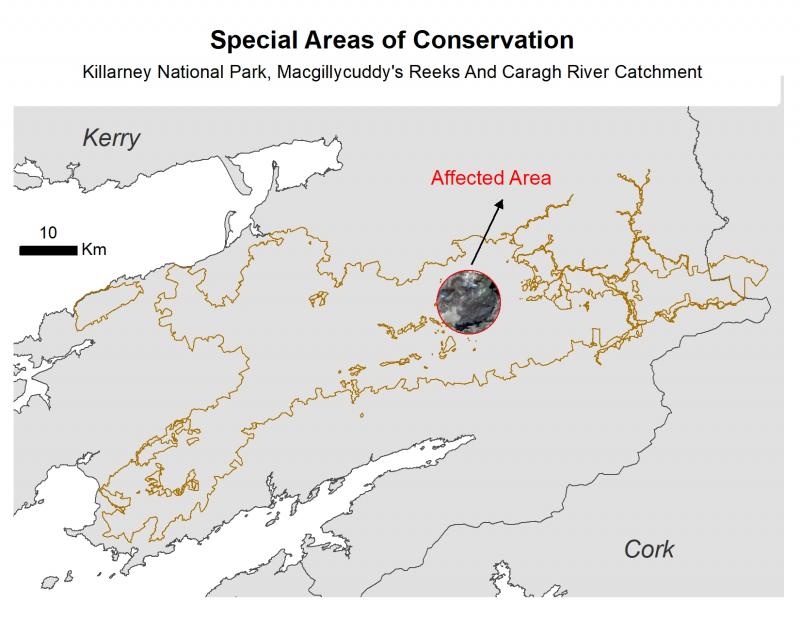 Images captured from satellites show the area that has been affected due to the recent fire - estimated at 2,500-3,000 hectares out of a total park area of 5,000 hectares. These images show the extent of the destruction of the forested area. The loss of these unique habitats has an untold impact on local and national biodiversity. The map below shows that the affected area lies at the heart of the SAC.

"Images like these which illustrate the devastating effect of these fires on a  protected habitat are enabled by ICHEC through the national HPC and data platform services and expertise in the areas of Earth Observation, Environmental Science and the application of AI for Earth Observation (AI4EO). These have great potential to advance use of Earth Observation (EO) data for monitoring natural and man-made environmental change. ICHEC is currently involved in a number of European Space Agency (ESA) projects to advance the development of methods, tools and applications for AI4EO, as well as deploying AI in space on-board remote sensing satellites."

ESA’s Sentinel-2 satellite shows the area before the fire in the images at the bottom of figure 2. Another satellite, PlanetScope, provides imagery of 3m resolution on the days the fire was active, allowing us to zoom into the affected area. These images are captured daily in visible and near infrared bands and allow for rapid assessment of the damaged area as a whole. Images from the 25th and 24th April as shown in the top panels of figure 2 show how fast the fire was spreading in the National Park and the changing extent of the burnt area from day to day.

The images were acquired during the late morning hours and shadows of the hills are visible, but the picture on the left (1) clearly shows the charred landscape following the fire and (2) shows smoke from active fires on the previous day. These images are in contrast to what the landscape looked like in September 2020 (Image 3 and 4 from Sentinel-2).

The predominant land use type in the affected area are forest, semi natural lands, wetlands and small patches of agricultural lands on the southern side (figure 3). The aerial views show that the forested and semi-natural areas (green outlines) are mostly affected, followed by the areas designated as natural wetland (rest of the areas in the map). 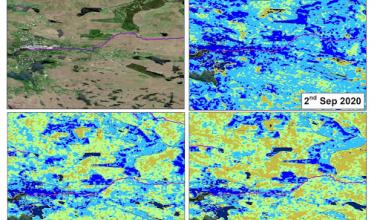 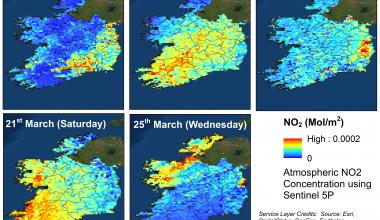 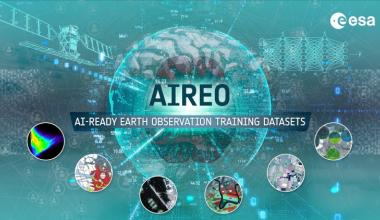